The Foundation was formed as a “working Board” and initially comprised of five people who care passionately about the Big Sky community.  Our Board has now grown to 10 members.

Heather and her husband Matt first stumbled upon Moonlight while on their first date in 2000. They fell in love with Big Sky and the Moonlight terrain and purchased a piece of property in 2001 and they’ve been exploring the north side of Lone Peak ever since. A former sportswriter, Heather and her family, which has grown to include four kids in addition to border collies Fred and Emmitt, are now full-time residents of Cowboy Heaven. They love participating in all the activities that Moonlight has to offer; Skiing, hiking, biking, fishing, golfing, huckleberry picking, sunset watching and catching up with friends. With four kids in the Big Sky School District they are active members of the Big Sky community and are always looking for ways to give back to the area that has given them so much. 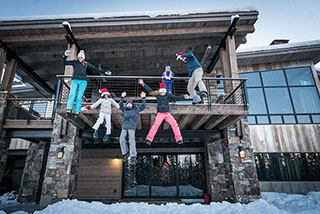 Originally from Rockford, IL., Bob found Montana through a friend in the Madison Valley where he honed his hunting and fishing skills. After selling his radio station business, Bob and his wife Patty turned their attention back to Montana. After purchasing a Moonlight home in 2011, the Rhea’s moved there permanently in 2012. Having lived in Big Sky for 10 years, both Bob and Patty consider it to be a privilege to live in Montana. As a result of serving on numerous boards in Rockford IL, giving back to the local community has become part of Bob’s life’s mission. The Rhea’s have a daughter Alex and a son Terence who can be seen romping around the Montana landscape. 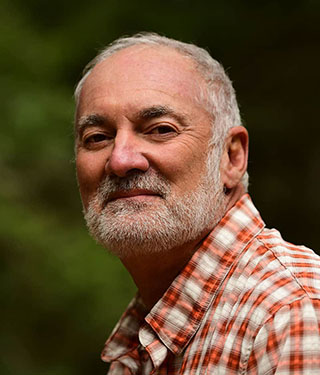 Jerry Hood grew up in southern Illinois. He attended Greenville University and started his career with Edward Jones directly out of college in 1982. Jerry became a Regional Partner with responsibilities for Alberta and Montana in 2000. Jerry retired from Edward Jones in 2017. He has a daughter Sarah who is married to Randee and a son Nathan who is married to Kristen. Jerry enjoys golf, skiing and the many non profit boards he is involved in. 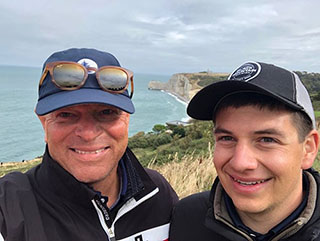 Liz grew up in the suburbs of Chicago and attended the University of Illinois. After college, Liz worked for EDS in management consulting for 13 years Liz and her husband, Greg, met at EDS and had the opportunity to relocate for 2 years in Argentina. After Argentina, they settled in Highland Park, Illinois where they raised their 2 children, Caitlin and Jack until relocating for 3 ½ years to Frankfurt, Germany where both their kids completed high school. Liz has been active in her kid’s schools in the PTA, athletic booster clubs, fundraising, graduations, sports and other school photography and various other initiatives. Liz and Greg have been coming to Big Sky since 2012 and bought a Powder Ridge cabin the following year. Liz and Greg moved full time to Moonlight Basin after returning from Germany in 2019. Liz and her family enjoy all the outdoor activities Big Sky has to offer. Liz is excited to become more involved in this incredible community and contribute to making this an even better place for everyone. 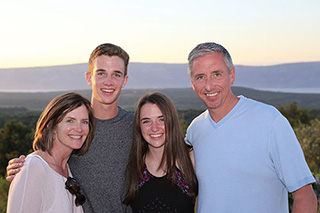 Ania has called Montana home for over 20 years. An avid skier, hiker and outdoor enthusiast, the beauty of Big Sky never ceases to amaze and continues to draw her closer to this magical place. She is fortunate to reside here year-round with her two children, Olivia and Tate who reap the benefits of living in this small, thriving community.

Her commitment to Big Sky, and specifically to Moonlight Basin, originated when she began working in real estate and development. Ania has had the benefit of meeting and bringing many exceptional families into the fold of Moonlight Basin, as well as the broader Big Sky community and is passionate about its future growth.

Ania sits on the advisory boards of two other local organizations: Women in Action and HATCH, and is a proud supporter of arts and education initiatives in Big Sky. 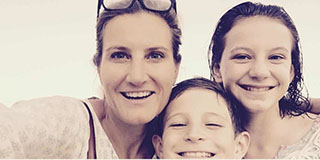 Kevin has worked in planning and development in Big Sky for more than 14 years, the majority of the time for Moonlight Basin, and most recently for Lone Mountain Land Company. Kevin is a director for the Big Sky Resort Area District as well as on the board of directors for the Big Sky Chamber of Commerce. His family became full-time Big Sky residents in 2014 when they moved from Ennis, MT. He has three children that are students in the Big Sky School District. Kevin is an avid outdoorsman who loves skiing, hunting, fly fishing, trail running and mountain biking. 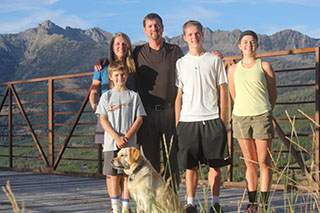 Erik came to Big Sky for the weekend and wound up staying a lifetime. Moving to Montana from New England in 1998 he found his place amongst it’s rugged snow capped mountains and kind hearted people. Built upon the Warren Miller movie model he formed a small film production company and filmed/toured around the region for almost a decade while also coaching snowboarding at the Yellowstone Club and Big Sky Resort. It was during this time that he met and married the love of his life Katie Downey Morrison. Shortly after beginning their life together Erik came to Moonlight in 2012 working with the Sales & Marketing team helping to develop their Snow Reporting, Athlete Ambassador and Social Media programs. In 2014 he started Love Street Media working as a freelance marketing consultant for a variety of brands and projects, most notably the developing Big Sky Town Center. Forever grateful for the love and support this community has shown him and his family through Big Sky’s ups and downs, Erik devotes much of his time aiding community partners working to protect, preserve and cultivate Big Sky’s mountain culture for generations to come.He is easy going, hard to follow and can often be found hiking the headwaters, training at the Dark Side Dojo (aka Lake Lodge gym) or chilling fireside with friends at Moonlight Lodge. 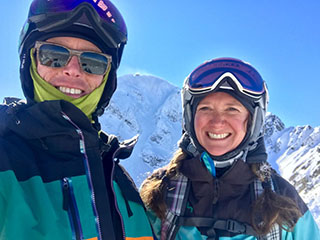 Raised in Texas, Julie attended the University of Texas in Austin.  After college, Julie worked for Trammell Crow Company and EDS in Dallas as a Risk Manager.  She moved to the East Coast with her husband, George where she worked for a Nonprofit Risk Management firm.  After their stint in New York/Connecticut, they settled in Winnetka, Illinois where they are raising three boys.  Julie has been active in school boards and other non-profit boards for many years.  Moonlight Basin is such a special place for their family to spend time, so Julie is excited to become more involved in helping support the Moonlight community.

Katharine is a wannabe cowgirl! She first came to the wild, wild west with a group of friends from high school and worked on a cattle and dude ranch. Best job ever and totally spoiled her expectations for all future employment! Fast forward a decade or so, the Stowe family came to Moonlight Basin for spring break with her husband John, and two young boys, Leigh and Parker. They were love struck from the start with Lone Peak and this awesome Big Sky community. Their love affair with Big Sky continued and in 2013 they bought a home on Beehive Basin Road. “We pinch ourselves daily that we live and work in this beautiful community. The best part of Big Sky are the people – one inclusive community filled with heart and passion”.

Katharine and her family are committed to contributing to Big Sky with their hands, hearts and mind – making Big Sky a community for everyone. 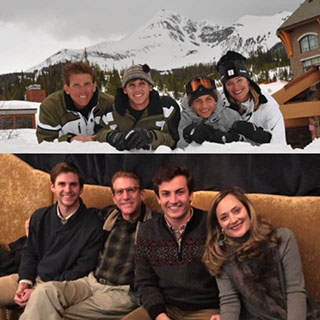 Lynn has always felt at home in the mountains. Born in Albuquerque, she was raised in Denver where she had a direct view of the Rocky Mountains from her bedroom window. While a Freshman at the University of Colorado, she met her husband, Kurt. They enjoyed skiing, camping, hiking, biking, exercising and even studying together. Before landing her dream job of being a full-time mom, Lynn worked as a CPA for a regional bank and then Arthur Anderson supporting the family while Kurt attended Law School. After several moves, Kurt and Lynn settled in The Woodlands, Texas where they raised their two kids, Erin and Eric. Lynn was continuously involved with the kids’ school, sports and other extracurricular activities, serving on various boards often as treasurer.

After years of visiting ski resorts across the West, the Kelleys first came to Big Sky in 2011 where they fell in love with the mountain and Montana atmosphere. During their first Summer visit in 2013, they bought their first home in Big Sky. Lynn loves the community feel of Moonlight and Big Sky and wants to both preserve and enhance this magical place. She’s excited about having a role at the Moonlight Community Foundation to do just that. 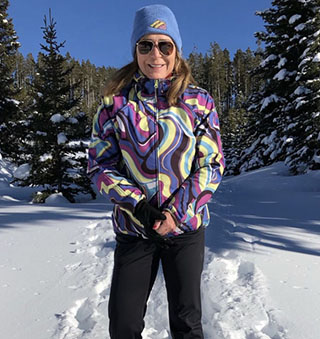